Meet Nick Mills: Carnaby retail veteran, drummer, music-enthusiast, London-native, all-round lovely guy and now the face of the MÜHLE Store; he’s been freshening up the shelves and the Instagram stories for the last couple of months as well as immersing himself in the world of shaving. We caught up with him for a quick Q&A about Carnaby, what inspires him, the future of retail and all things MÜHLE! 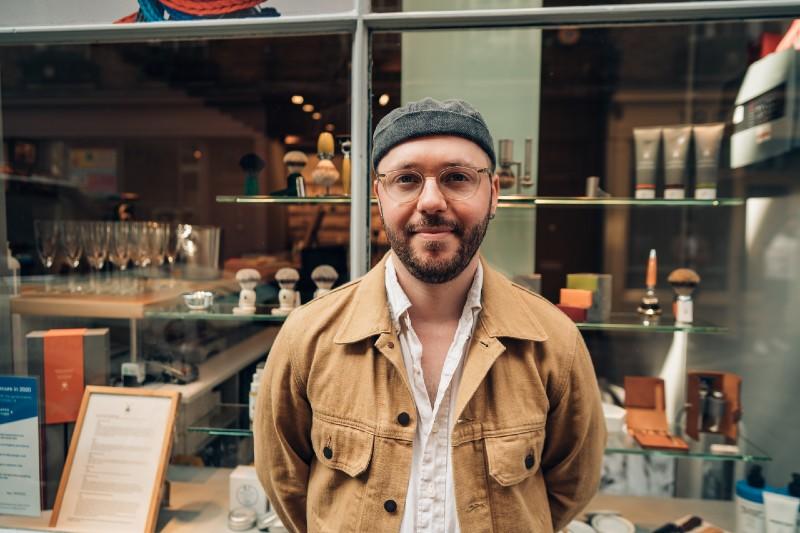 MÜHLE London Store Manager, Nick, stands in front of the store on Newburgh Street, in Carnaby

1) Before starting as MÜHLE London Store Manager you worked as an Assistant Manager for alternative clothing brand ‘DROP DEAD’ for a number of years and growing up helped out in your mother’s record store. While the products from these stores and MÜHLE certainly vary – they have some elements in common in that they are all independent stores with niche products. What attracts you to independent/niche retail?

Nick: The environment of niche/boutique stores is something I’ve always really enjoyed. We are able to offer every customer who comes through the door a unique experience that is tailored to their specific needs. Especially with something niche like a shaving brand, being able to go to a store and have a one-on-one conversation with a knowledgeable team member can make such a difference to the shopping experience. A street like Newburgh Street is also great to work on, it has a nostalgic village high street feel to it; all the store managers and shop assistants know each other, and we can regularly be found chatting to one another from the doorsteps of our stores. It’s a very relaxed and friendly street to come and explore! 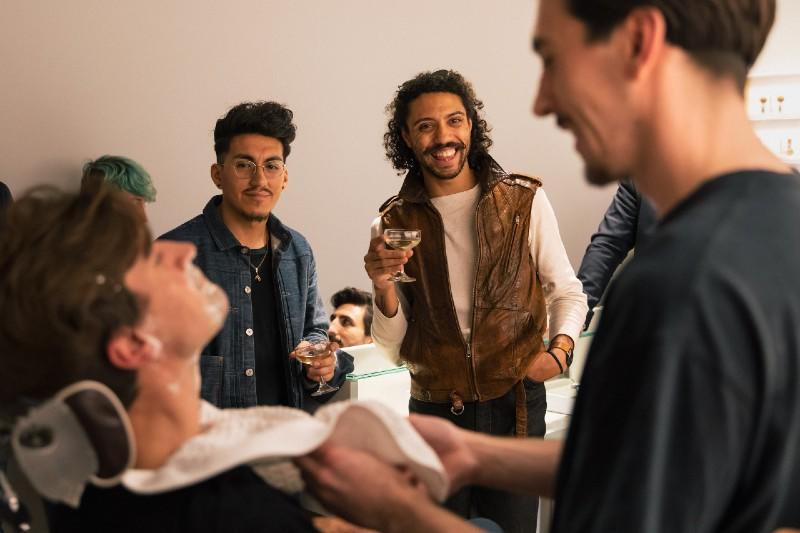 2) DROP DEAD was also previously based in Carnaby- what do you think makes the shopping area unique, has it changed over the years you’ve been here?

Nick: It’s certainly changed over the years, but in a way, that’s kept it interesting! There are always exciting new stores opening up when others move on, and an area like Kingly Court has become a real hub for new and exciting restaurant concepts, so along with all the interesting and varied boutiques you can really spend an entire day here and soak it all in!

3) The past 2 years have been a tumultuous time for retail (to say the least!). In your opinion what should stores do post- pandemic to engage customers; make them feel safe and inspire them to visit stores?

Nick: I think it’s especially important that we try our best to remind customers that you just can’t beat the instore experience. Especially somewhere like MÜHLE where seeing the products in the flesh makes such a difference. Being able ask questions and have face to face discussions with knowledgeable team members - be it queries about the products or shaving and grooming advice you simply can’t replicate this online. We can use social media tools like Instagram to let people see glimpses of the store in action and hope that this will inspire them to come and visit us! 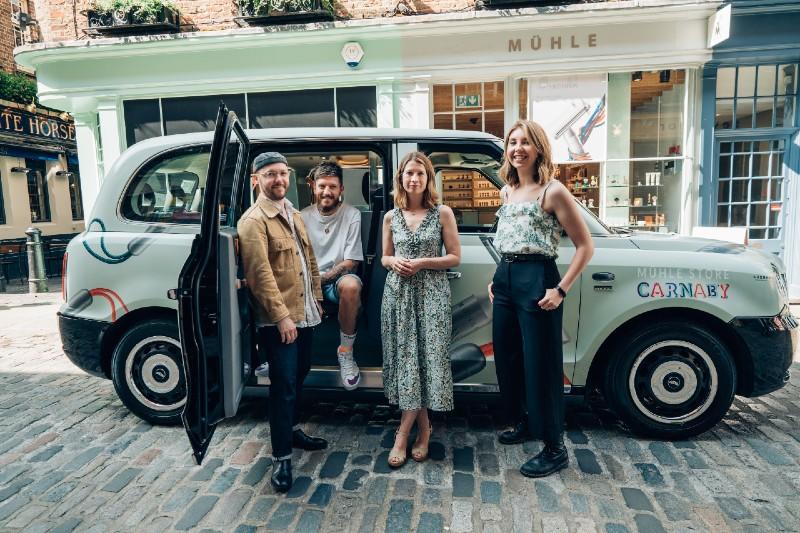 4) How have you found the shift from clothing to men’s grooming?

Nick: There’s a lot less folding! I’ve actually found the transition quite smooth, there was a lot to learn about the products initially, but I definitely feel very settled with it all now. I’m very into how clean and minimalist we’re able to keep the store looking, which is definitely easier to achieve with the MÜHLE range as opposed to clothing! Having Connor and the Barbershop is also a really nice addition to the flow of the store and adds a new and interesting element to my days at work.

5) Has working at MÜHLE impacted your grooming routine? Do you have a favourite MÜHLE product?

Nick: My two favourites are the R89 and the Alum Block. I’ve always had incredibly sensitive skin and struggled with the razor burn and ingrown hairs you get with cartridge razors. So, like so many others, the discovery of a closed comb double edged safety razor was quite the revelation. I keep a bit of facial hair which can vary in length between stubble and a short beard and the R89 is great for creating nice sharp lines on the cheeks and neck to give a very defined look. The Alum Block is amazing for helping with the sensitivity issues I suffered with for so long! 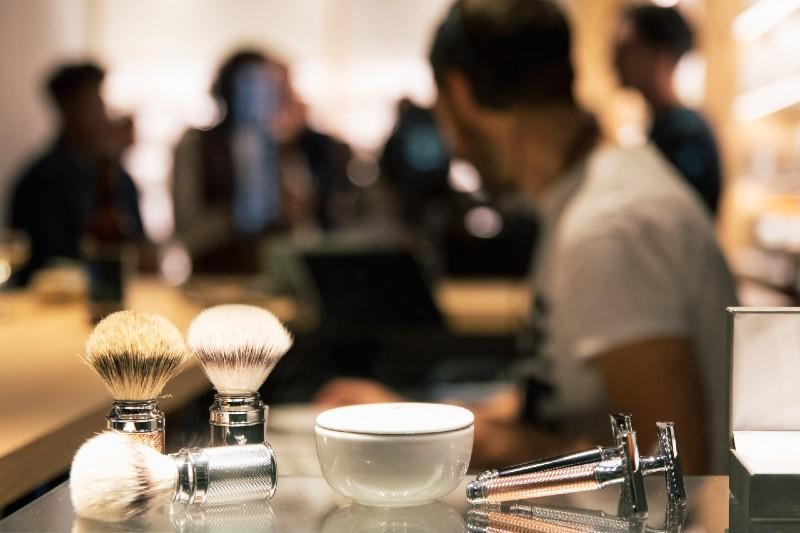 6) In addition to managing the MÜHLE Store you’re also a drummer for the band ‘Wings of Desire,’ what sort of music do you play?

Nick: My music work has been formed of two parts throughout the years. I’ve had my own bands/projects and I’ve also played as a live drummer for other artists, and my involvement with Wings of Desire falls into the latter category. I play drums with them for their live shows and help out with some of the behind-the-scenes technical aspects of putting the show together. They’re a great new band with 2 EPs released online, with some cool and wide-ranging influences… If you’re a fan of the likes of LCD Soundsystem, New Order or Arcade Fire – it’ll be right up your street!

7) What or who inspired you to start playing the drums?

Nick: I started playing drums when I was only 8! My brother is 8 years older than me, so when he was starting his own band as a teenager and rehearsing in our parents house, I was eagerly listening from the other side of the door, and would sneak in when they were taking breaks to play on the drum kit, and it was just something that came surprisingly naturally to me, I was self-taught for a long time and didn’t end up getting lessons until I was 16 which mainly just helped me tighten up my technique and expand on my playing.

8) Do you have a favourite album or one that keeps you tapping the counters at the moment?

Nick: It’s been out for a few years now, but I keep on coming back to an album called Farewell, Starlite! by Francis and the Lights. It’s an incredible piece of art that’s had such an impact on me that I even have the LP cover framed in my house! 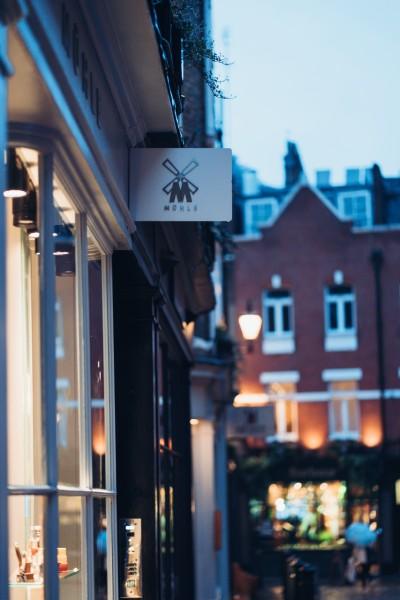 Newburgh Street (London, Carnaby) at night, where the MÜHLE Store is based

Like what you're reading? Have a look at some more MÜHLE UK Blogs & Vlogs: